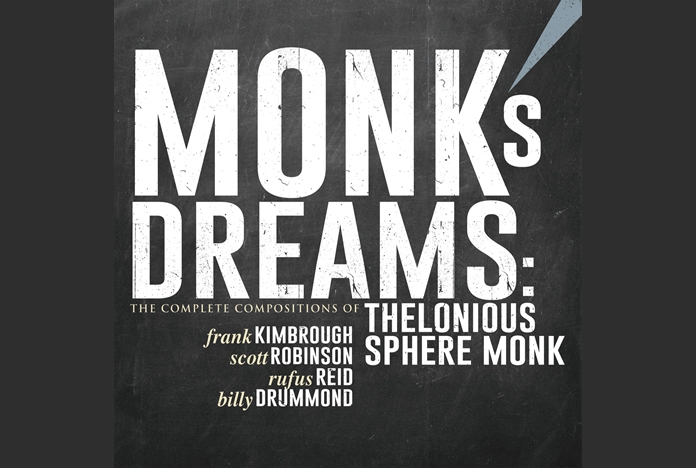 Amazing how that Monk bloke makes the same mistakes time and again,” an unenlightened soul once said to me when Monk’s extraordinary musical vision was beginning to gain popular appeal many years ago.

Well, yes, it did sound as though he was hitting the wrong keys sometimes but like all innovatory geniuses it took time for the even the jazz-loving classes, to get what he was doing.

Stories of his legendary eccentricities which became more and more extreme with time, did his image no harm at all. It all added up to a great musical character.

But what really counts in the end is not wearing a lampshade hat, doing little dances during performances or not speaking for days on end, but the music. Frank Kimbrough and the band have provided a feast which all lovers of Monk’s music will surely gorge upon. 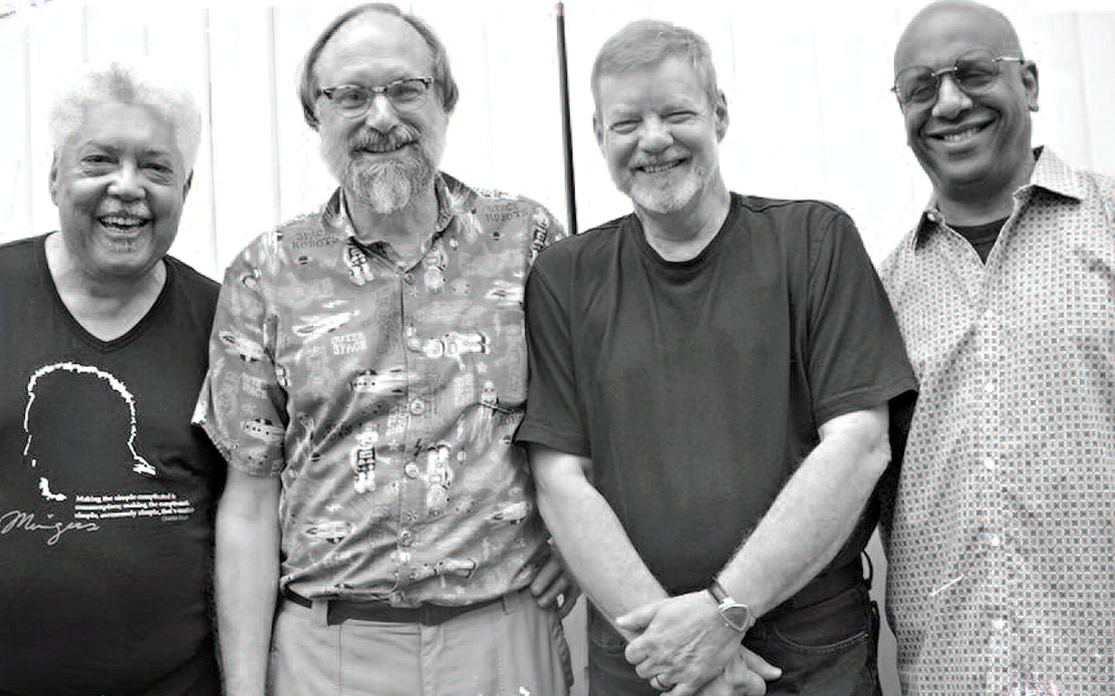 Coming hot on the heels on the discovery of Monk’s original soundtrack for the film Les Liaisons Dangereuses 1960 released last year, the new set of discs is an equally valuable addition to the Monkish archive.

The six discs contain Monk’s complete oeuvre of 70 tunes, many of which like “In Walked Bud”, ‘Round Midnight” and “Straight No Chaser” are standards at many sessions these days while others like “San Francisco Holiday” and “Brake’s Sake” are new to my ears.

Monk’s influence in jazz and to pianists in particular, is such that that trying to emulate him can end up as a carbon copy of the real thing - not very satisfying to musician or listener.

However an artist as fine as Frank Kimbrough manages to absorb the master’s intricacies into his own style - respectful but innovative too.

Multi-instrumentalist Scott Robinson didn’t bow to the Charlie Rouse role but chose a different horn on the spot before each take from a variety of instruments, all of which he handles with total ease.

Rufus Reid and Billy Drummond also have the difficult task which would always have faced bassists and drummers backing Monk. They manage to be creative but without overpowering the piano and horn. Brilliant as they are, stylists like Elvin Jones and Eddie Gomez are definitely not what is required here.

Thirty of the numbers were first takes and, remarkably, the entire collection was completed in two three-day sessions.

Multi-instrumentalist Scott Robinson demonstrates his versatility with a variety of different reeds and brass instruments. 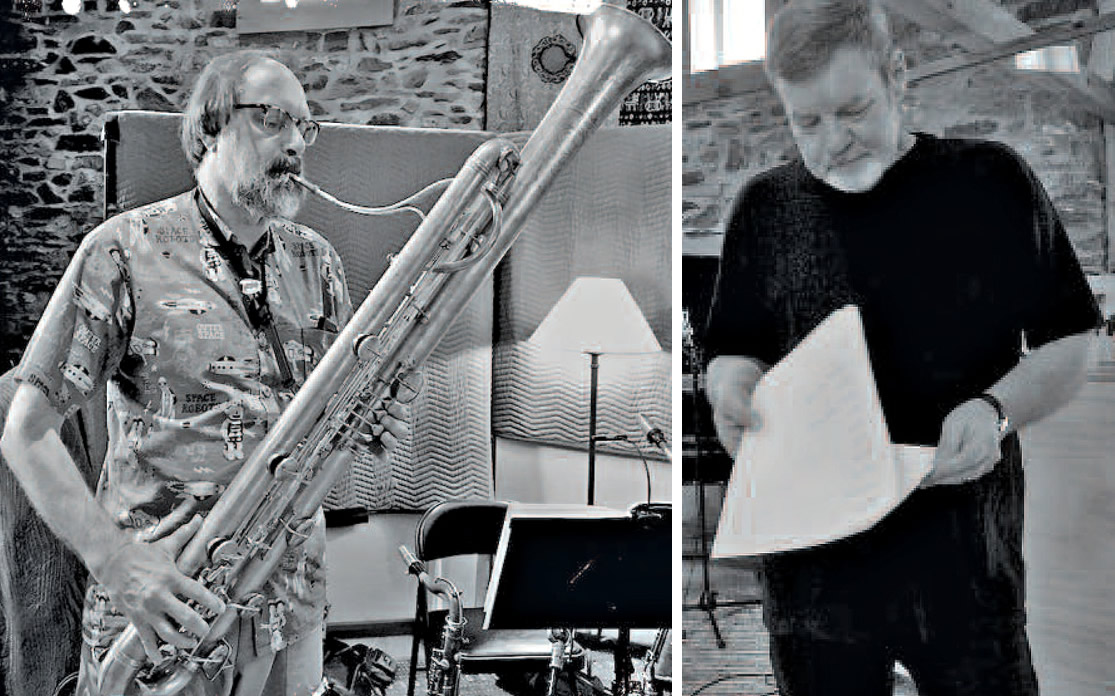 Picture Left: Scott with the exotic contrabass sarrusophone.
Picture Right: Frank runs through one of the charts.

Two exotic instruments Scott provides are the contrabass sarrusophone and echo cornet, the former sounds surprisingly nimble for such a large piece of piping on “Straight No Chaser”. The deep and reedy sound would fit perfectly into a formal dance at the court of Henry VIII but doesn’t sound out of place in Monk’s very 20th Century structure.

The echo cornet does exactly what its title tells us and embellishes the chords of “Bluehawk” to great effect.

All-in-all, the musicians, recording engineers and all who contributed to the final result deserve our thanks for a magnificent homage to an exceptional pianist and composer.

Six discs include the entire compositions of Thelonious Monk.