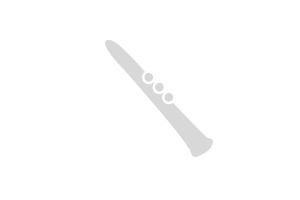 Tall, balding, and bearded, Alan Cooper was not only one of Britain’s leading traditional jazz clarinettists, he was also a Yorkshireman, and, at heart, an Edwardian. As a member of the original Temperance Seven, he had chart-topping success in 1961 with You’re Driving Me Crazy, and Pasadena, which became the band’s theme tune.

He was also a tutor at Chelsea College of Art, loved as much by his students for jovial evenings in the pub as for his teaching, and he was an inveterate collector of Edwardiana and ancient musical instruments.
For many years his house in Wandsworth, southwest London, was a shrine to all things Edwardian.

Unmodernised, its original plumbing gleaming, and with a single inspection lamp hanging over the kitchen table its only concession to modernity, the house contained glass cases of ancient clarinets, numerous aspidistras and other memorabilia of a bygone age.

He was not thrilled when a national newspaper ran a feature on the house (which had once belonged to Thomas Crapper, inventor of the water closet), only for his collection to be burgled soon afterwards.

Cooper was also passionate about vintage cars. At one time the owner of an Austin Heavy 12/4, he also owned a succession of Lagondas, and a collection of early Austin-engined three-wheel Reliants, which stood in various stages of decay in his garden.

Alan Swainston Cooper was born in Leeds, where he attended the College of Art along with the guitarist Diz Disley, and Frankie Abelson, who later became better known as Frankie Vaughan. Cooper and Disley played in the college jazz band, the Vernon Street Ramblers, at the dawn of the traditional jazz revival in Britain. In 1949 they joined the better-known Yorkshire Jazz Band, with whom Cooper made his first recordings, and turned professional, the band earning the princely sum of £4 6s a week. His style was inspired by the New Orleans clarinettists who had recorded in Chicago in the 1920s. Although he claimed to have had no particular influence, the low-register charm of Jimmie Noone, the plaintive blues of Johnny Dodds and the Creole rasp of Edmond Hall were all to be heard in his playing.

In the mid1950s he moved to London and began lecturing in art, playing with several jazz groups, including the quartet of the bassist Bernie Cash (a fellow Yorkshireman and long-term colleague) and pianist Johnny Parker. He was a delicate counterfoil to the leader’s earthy Kid Ory-inspired trombone in Graham Stewart’s Seven, but in 1956 he found his metier with a group of fellow members of the art school world, including Cephas Howard, Brian Innes, John Gieves-Watson and Colin Bowles, who became the original Temperance Seven. A nine-piece band (its publicity pointing out that the group was always “one over the eight”) its musicians sported Edwardian clothes, and a stage presentation that carefully reinforced the evocation of a past age.

Most members of the group doubled on several instruments, and Cooper not only played the regular B-flat clarinet, but the bass clarinet, soprano saxophone and phonofiddle into the bargain. The group became a regular feature on BBC television, on comedy programmes such as Galton and Simp-son’s April 8th Show, written for and starring Peter Sellers, and on music programmes, memorably including Top of the Pops, once George Martin had produced its hit records for Parlophone.

Cooper left the group in 1962, and for the rest of the decade freelanced with several of London’s leading jazz bands, including those of Alex Welsh and Freddy Randall. Although he tended to play down his skills as a lecturer, Cooper was verbally adept, and a great storyteller, an example of which is his account of a jazz parade in the 1960s in aid of the Labour Party, with his fellow Yorkshireman and trombonist, Mac Duncan: “Well-built and wobbly, if goose-pimply, showgirls were pinning rosettes, ribbons, balloons and slogans on anything that moved amidst the speechifying and general hullabaloo. Appearing suddenly over the back of the truck, a cheeky, Dickensian urchin demanded of the band, of whom Mac was the nearest: ‘ ’Ere Mister. Where-dja getta balloon?’. ‘Nick one’, was the unhesitating reply, contrary to all the prevailing, high-flown pontification.”

In 1969 he joined the reformed New Temperance Seven, touring and recording with them into the early 1970s. He never lost his flair for the mannered, comedic presentations of this band and its successors, such as Bob Kerr’s Whoopee Band, with whom he played as a guest, but he also contributed his finest playing to straightforward jazz groups, including those led by the pianist and trombonist Keith Nichols, not to mention little quartets and trios that played in the back rooms of various London pubs.

In the 1980s Cooper frequently played in the Middle East, in bands organised by the drummer David Mills, but he also played with the cream of British traditional jazz players as a freelance. In the 1990s he and his second wife, Jenefer, moved from London to a somewhat derelict tower in Hay-on-Wye, which he devoted his energies to restoring, playing the clarinet less and less. He still enjoyed getting together with his jazz cronies for yarns in the pub, even when the onset of cancer was diagnosed.

He is survived by Jenefer, and by his two sons. He left instructions that his funeral was to be attended in Edwardian dress.