Diz does the Formby Songbook 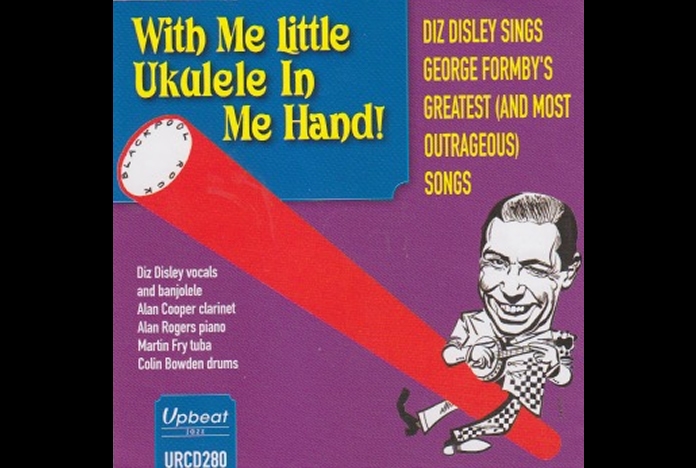 With Me Little Ukulele in Me Hand!

The extraordinary and sometimes turbulent life of the star of this album has already been chronicled here (‘Diz Disley Remembered too’).

His exploits as a top-notch banjo and guitar player on the UK jazz scene, culminating in his years touring the world as the Django man in Stephane Grappelli’s Hot Club group are well known.

Diz, of course, had many other strings to his bow, including folk music, cartoon creations, radio presenting and more, but this reviewer was unaware of his skill as a George Formby impressionist until this CD arrived.

To those for whom the name “George Formby” means nothing (probably the vast majority nowadays), the singer/comedian rose from the old music hall and vaudeville scene to be one of the top money-spinners in the entertainment business.

In a career that commenced in the early 20th century until his death in 1960, Formby’s character, a gormless Lancashire lad with buck teeth and an infectious giggle, became a top British film star who somehow always defeated the baddies and got the girl.

Yes it’s unlikely but true and to be fair to George he was very funny, a talented song-writer and had a formidable technique on ukulele.

His humour centred on those innocent days of double entendre and McGill postcard vulgarity and was light years away from the modern stand-up repertoire of obscenity, foul language and taboo-breaking.

In this album, originally recorded in 1965, Diz was accompanied by his boyhood friend and Leeds Art College fellow-student, clarinettist Alan Cooper (to whom this website is dedicated).

Even nowadays some of the numbers like “With Me Little Stick of Blackpool Rock” and “When I’m Cleaning Windows” might strike a chord with modern listeners.

Some of the lesser known tunes are just as good and well worth lending an ear. 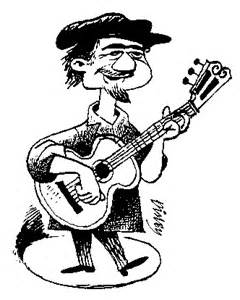 George made a massive contribution to entertaining the troops during World War II and “Out in the Middle East” no doubt reflects his experiences in North Africa. Cast aside political correctness and enjoy the hilarious lyrics

In those distant days, the Arabs and their culture were seen as good material for a laugh (Al Qaeda and its manifestations were yet to come).

All-in-all, Diz and the others obviously had enormous fun making this album, with Coops squeaking and honking in the background and Colin Bowden’s drums throwing in some nice special effects in the true pit band tradition.

Anticipating the reaction of some who might say: Why should I listen to this when I can hear George singing the originals? I would riposte that you don’t get four of the top jazzers of the day giving their mischievous contributions as a real bonus!

The album was produced by Mike Pointon who also wrote the liner notes.

1.With Me Little Ukulele In Me Hand  2. I Was Waggling My Magical Wand  3. On The Wigan Boat Express 4.You've Got Something There 5. If You Want To Get Your Photo In The Press 6. Sitting On The Top Of Blackpool Tower 7.Grandad's Flannelette Nightshirt 8. I Showed Me Testimonial 9. Auntie Maggie's Remedy 10. Out In The Middle East 11. With Me Little Stick Of Blackpool Rock 12 When I'm Cleaning Windows