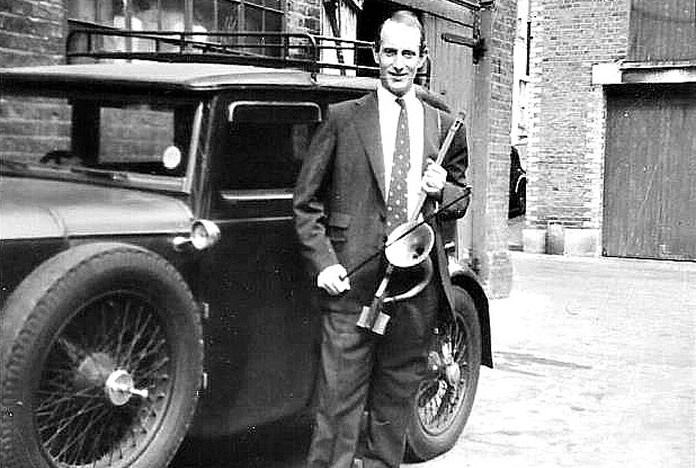 This lovely photograph of a young Alan Cooper was kindly sent to me by clarinettist and distinguished broadcaster Anthony Cash. The picture was taken in south-west London between 1958-61. Coops is armed with his phonofiddle and it may well be his vintage Lagonda in the background (said to have once belonged to King Zog of Albania). Coops adored rare and zany musical instruments and the phonofiddle - played with a bow and with a phonograph-type reproducer as a voice-box - was featured in some arrangements and recordings during his years with the Temperance Seven. 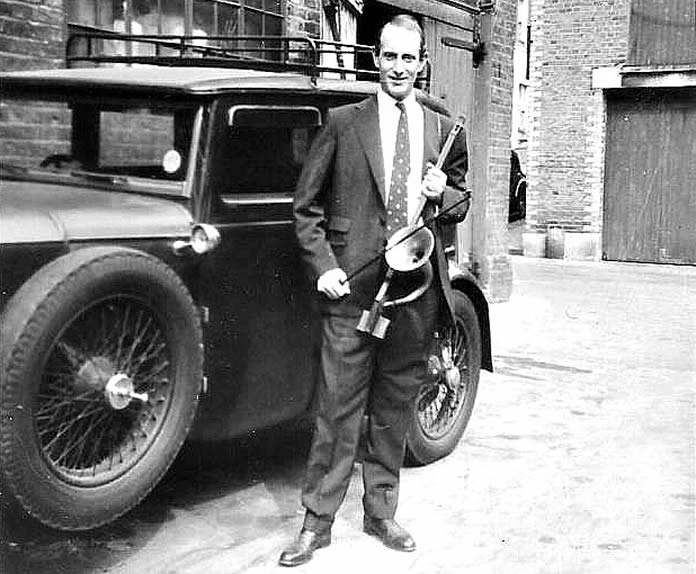