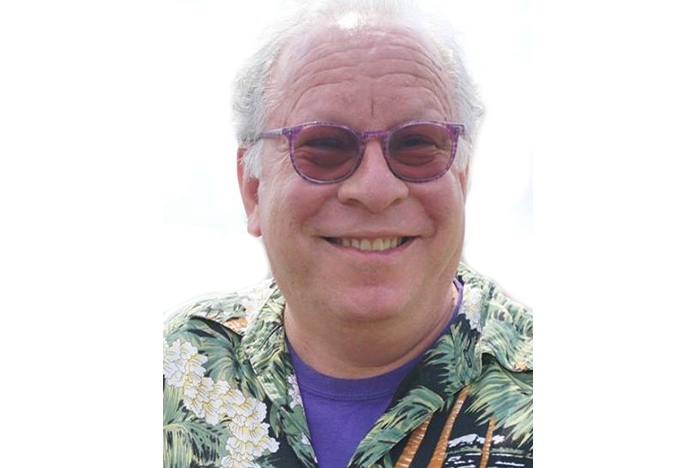 The late clarinetist Alan Cooper deserves to be better-remembered.  Jamie Evans, played piano with Coops for many years and also maintains this site devoted to Cooper and contemporaries.

To begin, here is Cooper’s obituary in The Guardian, by the fine jazz writer and scholar Peter Vacher:

“The early 1960s was the era of the curious and brief British “trad jazz” boom. In those years the Temperance Seven, who played a version of 1920s white American dance music, achieved such success that in 1961 they had a British No 1 hit, You’re Driving Me Crazy, produced by George Martin in his pre-Beatles days. The follow-up, Pasadena. made No 4, and there were two other top 30 hits.

The clarinettist Alan Cooper, who has died of cancer aged 76, was a founder member of the group in 1957. Usually a nine-piece, and invariably billed as “one over the eight”, the Temps wore Edwardian clothes, played bizarre instruments, and projected vocals through a megaphone.

Most of the band could play a variety of instruments, and Cooper – who arranged Pasadena – doubled on clarinet, bass-clarinet, soprano saxophone and the obscure phonofiddle. The band appeared on television shows such as ITV’s Thank Your Lucky Stars and a special featuring Peter Sellers – with whom they recorded. Cooper’s quirky playing style and wheezy sound were exactly right for the band. Even so, he left in 1962 after “internal dissensions”.

Born in Leeds, he fell in with traditional jazz at the city’s college of art, where aspiring guitarist Diz Disley was a fellow student. They played together in the college jazz band, the Vernon Street Ramblers, and were founder members of the Yorkshire Jazz Band, with which Cooper turned professional, recording in London in 1949.

After national service as a flying officer, Cooper moved to London in the mid-1950s. Initially a Royal College of Art student, he became a part-time lecturer at St Martin’s School of Art and at Chelsea Art School. He also performed in a quartet with bassist Bernie Cash and drummer Lennie Hastings, and recorded in 1958 with trombonist Graham Stewart’s Seven.

After the Temperance Seven, Cooper freelanced as a musician and lecturer, deputising in the Alex Welsh and Freddy Randall bands, and also appeared regularly with the Anglo-American Alliance alongside his old Temps bandmate John RT Davies (obituary, May 29 2004) and sundry Americans then resident in London, notably cornettist/journalist Dick Sudhalter. This informal outfit were the ideal backing band for the veteran blues singer Eva Taylor and former Paul Whiteman trombonist Bill Rank when they performed and recorded in London in the 1960s.

It was during this time that Cooper created his monument to Edwardian design and style with his three-storey house in Wandsworth. Formerly owned by the water-closet pioneer Thomas Crapper, it was taken over by Cooper on the understanding that it would be left untouched by modernity. He filled it with period artefacts and statues, vintage equipment including gramophones, and old instruments. He also kept open house for musician friends but moved, after a series of burglaries, to a tower in Hay on Wye, Herefordshire, which he restored, and where he recreated the Edwardian ambiance of his former home.

Cooper joined the revived New Temperance Seven in 1969 and recorded with them before working regularly with pianist Keith Nichols and touring overseas with drummer Dave Mills. He was also an occasional guest with Bob Kerr and His Whoopee Band, and led his own small groups.

He is survived by his second wife Jenefer and sons Boris and Rollo.

Here are a few words of my own.  I first heard Cooper on several recordings featuring Dick Sudhalter and his father, with John R T Davies, Henry Francis, and others — issued as “Sudhalter and Son” on the “77” label and (perhaps without a band title) on Davies’ own “Ristic” label.  [The Sudhalter and Sons records disappeared in one or another seismic life-change and I miss them.]

Cooper was impossible to ignore, difficult to describe, more eccentric than Pee Wee or Chace, often sounding as if he had sunk his clarinet into a bowl of soup and was playing the liquified version.

Gurglings, mutterings, and other sounds made perfect sense, and I remember feeling admiration and hilarity and befuddlement all at once.  Bent Persson, who knows and feels the music deeply, has told me of his appreciation of Cooper’s true originalities.

Mr. Evans has posted seven such rare and delicious effusions on his YouTube channel  to be found under “Alan Cooper Trio”.

Effervescent tributes, one by Ray Smith, from Just Jazz Magazine, are included on this site (see “Strangler on the Floor” on another page).

In the past year, I’ve seen Coops’ house in Hay-on-Wye and had tea with his widow, the charming Jenny (thanks to Martin Litton and Janice Day) who showed me some intriguing Cooper-objects and told stories. 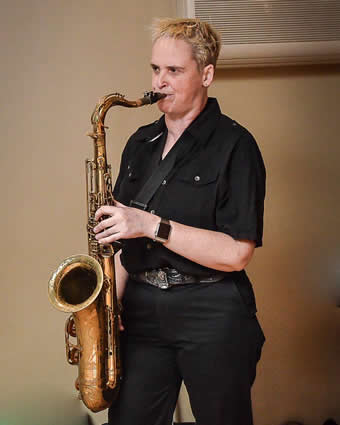 I’ve learned even more from my dear friend Sarah Spencer, who knew Coops well, and I present these fragments.

“Coops added “-iness” to words (hungriness instead of hunger and the like) and he used to say “Hem Hem,” which came from a book of tales of schoolboy mischief, when talking about anything of a slightly risque nature.

He used to ingest Fisherman’s Friends lozenges by the handful constantly and so seemed, when his temperature reached that zone, to sweat or exude that scent from his pores.  For those of us fond of Coops, the smell of Fisherman’s Friends may make us slightly nostalgic.  For others, they may smell somewhat vile.

I remember, with my parents being from Yorkshire (as was Coops), we took a trip ‘oop north’ to Sheffield and came back with some local candy.  I brought him some. When he popped them into his mouth, the look on his face was one of utter nostalgia. “I doubted I would ever taste this again!”

He played a Clinton system clarinet, a Boosey and Hawkes variant of the Albert system and practically unheard-of outside of the UK.  I have found it almost impossible to find photographs of them online.”

Cooper’s term of affection and esteem for men was “dear chap,” or sometimes “dear boy”.

Dear Coops, I am sorry that I never got to admire you at close range, in person. This will have to do as one tribute to someone who went his own way always and always spread joy.

May your happiness increase!

Many thanks to US jazz writer and connoisseur Michael Steinman for letting us include his loving memoir here.

He runs an excellent site “Jazz Lives” which is well worth reading.