More into life than he took 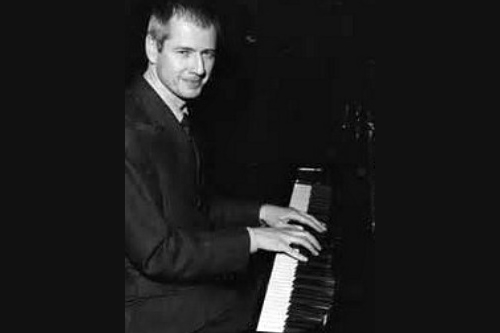 The long dining table at his Hay-on-Wye home, Twr-y-Capel, bespoke hospitality. Folk were always calling and even when expected Coops would appear surprised and delightedly exclaim: “Ah! People!”.

Tuesdays were a fixture in the social calendar when friends would gather in the pub and later repair Chez Cooper for one of his idiosyncratic meals. He often played “devil’s advocate” to stimulate a lively debate.

Sometimes I played the piano to the accompaniment of his “dento-labial” percussion; memorable were the occasions when he sang Chong (He Come From Hong Kong) whilst vigorously pedalling the pianola.

Whenever I announced that I was going on the road he would say “love to all the faces”, and enjoyed hearing about the various carryings-on and to reminisce about the likes of Bert Murray, Alan Leat and the “preposterous” Sid Pye.

In his final illness, it was a measure of Coops’ great humanity that he made what must have been a supreme effort to spare his many friends distress, remaining positive and cheerful to the end. He put more into life than he took and was in return greatly loved.

However, friends who relied to contact Coops by phone could be unsuccessful. He viewed this instrument as a conduit of potential misunderstandings and it was kept beneath a pile of coats in the hall, its ringing discernible only to the trained ear.

His disappointment in the modern world is well known. He loved to detect the hand of man in simple machinery: the sight of corrugated iron iron would send him into raptures. It should have come as no surprise when he said that his greatest inspiration in the art world was Kurt Schwitters (who made collages and sculptures from ephemera and junk) although I was expecting some Edwardian worthy like Leighton or Watts.

This mindset informed his musical thinking: he was suspicious of professionalism and reviled commercialism. He loved the honesty of ethnic folk music, in which he included jazz. Thus he assumed the noble role of “gentleman amateur” which resulted in his becoming an “inside” name.

He would talk about the  forgotten men of music with whom he identified, I am sure. To aficionados  and colleagues he was a legend whose playing could make one laugh or cry.  Top reeds player Alan Barnes recalls being on stage when he took a solo, quoting Wish me Luck as You Wave me Goodbye, wilfully disregarding the underlying tune. Removing the clarinet from his lips he announced: “Millions of men went to their deaths with that ringing in their ears.”

Coops has been pivotal in my life since the early ‘90s when he introduced me to my future wife and I decided to settle in Hay-on-Wye. He influenced my thinking and I remember him in little things too; when I prune my shrubs (he always kept secateurs at the ready in his pocket) or take cuttings from the newspaper (Coops kept files on all manner of subjects).