Late convert to the pipe 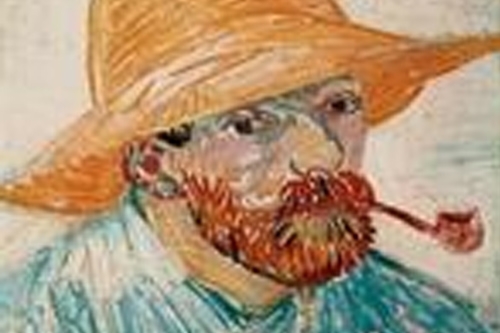 This thumbnail memoir appeared in the journal of the Pipe Club of London and was written by percussionist Ian Howarth under his usual nom de plume. It was probably composed in the autumn of 2008, sadly only a very short time before Ian (Jazz at the Junction) passed away himself at the end of that year.

By C J B Holme

My old pal Alan Cooper, who has died at 76, was about to join the Pipe Club of London, when he heard he was suffering from terminal cancer (not at all smoking-related).

Coops, as we all called him, was a part-time art teacher and a great original jazz clarinettist who became famous nationwide in 1961 when playing with the Temperance Seven, whose recording of You're Driving Me Crazy, shot to No 1 in the UK charts.

He had begun in the Leeds Art College jazz band and then joined the Yorkshire Jazz Band . Following national service in the Royal Air Force, he studied at the Royal College of Art in London, from 1956 to 1959.

He joined the Temperance Seven and Bobby Mickleburgh's Bobcats and over the years played with a multiplicity of bands and artistes, including Alex Welsh, Freddy Randall, Graham Stewart, Lennie Hastings, Diz Disley. Alan Rogers, Keith Nichols, the Anglo-American Alliance, his own New London Electric Llight Orchestra, the pipe-smoking Bert Murray, his various own trios, etc, etc.

His last tour, in 2001, of Co Roscommon, Ireland, was with Freddie Shaw's All-Stars and here, Coops was introduced by this writer to Petersons' Irish Oak tobacco and to Mick McQuaid Ready Rubbed, but his preferred regular smoke was the unusual (some might say "strange"), home-blended mixture of Turk Pipo Tutunu (a Turkish flake), with Smyrna leaf, and occasionally with crushed-up cheap cigars mixed in.

He employed a handful of reject briars, corncobs, a meerschaum and a calabash. As a change of smoking pace, Coops tended towards Black Virginia Cavendish, especially over morning coffee.

I introduced him to the pipe when he was 60, and a couple of months later, he remarked to me that he couldn't understand why everybody didn't smoke a pipe, he was so taken with the activity.

The jazz fraternity, in general, was shattered, as am I, at his death. Alan was the kind of loveable, intellectual and quintessentially English eccentric bordering on genius, whose death one cannot really get over.

God bless you, Coops. Your spirit is in the Big Bar in the Sky, as you always called Heaven.

Pictures: Ian Howarth in his "drum professor" role, and another famous pipe man - self portrait by Vincent van Gogh.

* Thanks to Marcus Holt for ferreting out this little gem of a tribute.